Whiskey River is a folk duo with April Allen and Cole Bixler, two U.S. Army Veterans out of Richmond, KY who perform a diverse array of  popular covers from all eras including Alternative, Country, Folk, and Rock as well as original songs.

Cole Bixler is an accomplished performer and guitarist who got his start while touring with the U.S. Army Soldier Show. While on the year long tour, he performed over 100 shows for service-members and their families at military bases all over the world.

April Allen is a gifted singer-songwriter who, prior to forming Whiskey River, was an avid volunteer with the Center for American Military Musical Opportunities (C*A*M*M*O) as well as a semi-finalist in the U.S. Army’s Operation Rising Star singing competition. 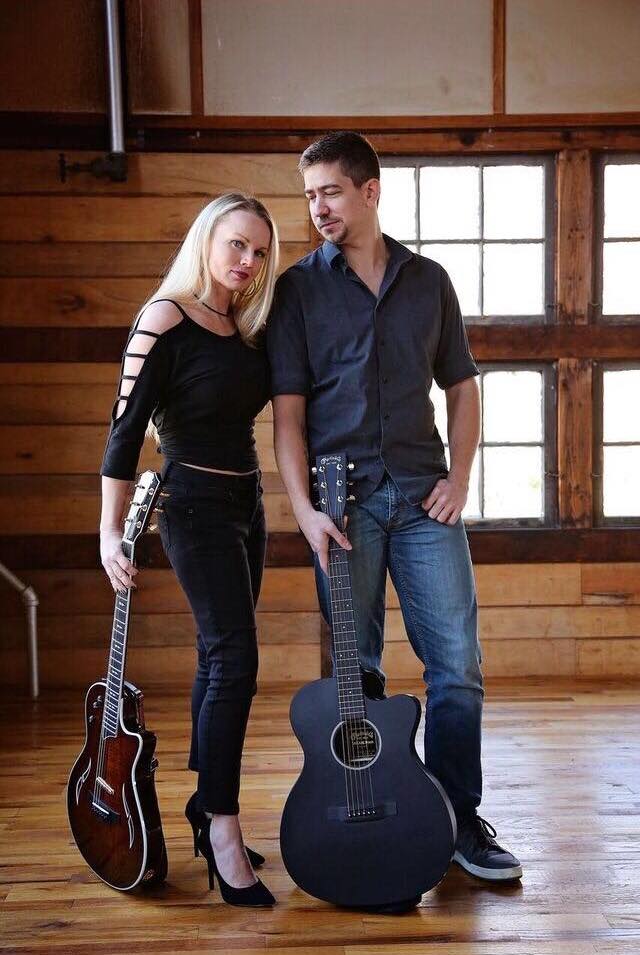